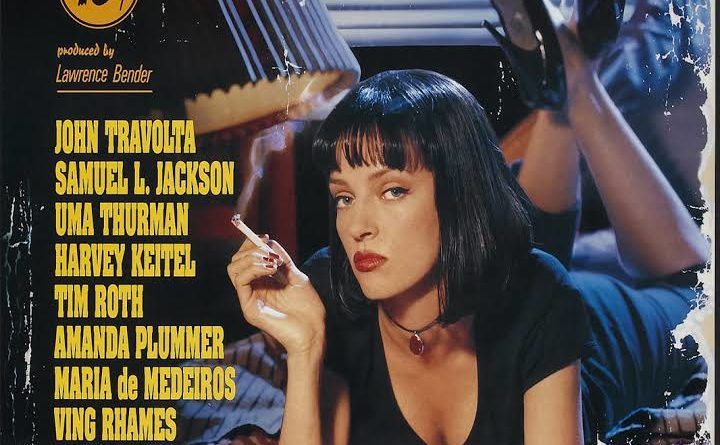 This playlist was immensely fun to put together. The 90s is Ground Zero for my music fandom so there is a large nostalgia component to picking songs for this week’s show. I’ve kicked things off with a lush, righteous seven minute version of Mark Morrison’s epic 1996 hit Return of the Mack. This is a song that just says “90s” and yet for all its nostalgic vibes, there is an undeniably timeless quality to its melody and sense of panache and swagger.

Next up is one for the real 90s heads, the sort of track that only made sense in the era of Pulp Fiction, Scream,and self-aware Sprite commercials. First up there’s the wordiness of the band name and song title, perhaps a reaction against grunge’s infamous verbal brevity. The lyrics are often ridiculous (“We swim like lions through the crest and bathe ourselves in zebra flesh”) but there is an indefinable emotional resonance to this track. I would like to see the reaction of anyone under 30 to this song – my feeling is “you had to be there”.

Staying in this most personally memorable of years, 1996, we go to the hushed pop stylings of Donna Lewis with I Love You Always Forever. This one-hit wonder doubtlessly featured in many a 90s rom-com and has enormous nostalgic value, whilst also being a unique example of an understated, whispery romantic tune.

Side-stepping the thorny subject of 90s grunge music (far too big to tackle in combination with other genres) is this little gem Ginger from the forgotten US indie band Lilys. Noisy guitars, pounding drums, vocals that get absorbed into the instrumentation, lovely stuff.

Following that is the heroic Mr Bungle with Pink Cigarette. The original genre-benders featuring superstar Mike Patton on vocals, these guys are always a lot of fun and this song is no exception, a sordid lounge-pop confection with under-currents of heavy metal. Only they could pull off these completely mismatched styles so well.

Next up are a pair of gorgeous American R&B tracks by TLC & Tony Rich. This genre enjoyed a wonderful turn in the spotlight in the 90s, which was a treat for my young ears. The smooth sounds, updated from the echo-y, boom-y production of the 80s and adding a digital gloss to the lush vocals, provide a harmonious listening experience.

Now we veer into hip-hop, a genre that found its full, glorious blossoming in the 90s. First up is the Fugees, one of the decade’s great “shooting star” artists whose album The Score remains iconic. This track from it, Zealots, represents everything that made them great – intelligent and light as a feather lyricism, a pro-creativity, anti-copying message, all wrapped up with their trademark humour and pop sensibility.

This is followed by EPMD, one of the original great hip-hop duos who emerged in the late 80s. This track Crossover is somewhat of a swansong for them, a potent warning to the next generation of rappers about the trappings of the music industry ahead of the commercial explosion of this once underground art-form. “Rap has been around for many years now, making mad noise you see, still I haven’t seen one rapper living comfortably” sums it up.

After a lovely palate cleanser courtesy of Hans Zimmer and the All Saints Choir from Honiara, Solomon Islands, we’re on to the legendary KRS-One with Step into a World. This song captures everything that’s great about one of the all-time MCs, cleverly interpolating Blondie and just leaving you with a massive grin on your face. The first of what will surely be many appearances on Hidden Gems for Mr Lawrence Parker.

From one legend to another with Gang Starr’s You Know My Steez, one of the most quotable rap songs ever – “The rejected stone is now the cornerstone”, “They can’t touch the knowledge I personify”, and, tellingly, “The wackness is spreading like the plague, MCs lucked out and got paid but still can’t make the grade.”

Following on is Aphex Twin with Heliosphan from his gorgeous Selected Ambient Works 85-92 release. One of the 90s’ cult artists, the man born Richard D. James in Cornwall was one of the decade’s most prolific artists, changing his style constantly and updating his sounds with evolving technology. One to keep an eye on for future episodes.

More electronica follows with the equally iconic and mysterious Daft Punk and Revolution 909, from their fabulous debut Homework. These guys have become a generational group whose music helps to define our modern era, all on the back of a scant few releases and one very famous tour (which sadly I missed seeing).

Next up is John Lee Hooker with Carlos Santana and Chill Out (Things Gonna Change), one of my childhood favourites from my Dad’s CD collection. That iconic baritone voice booms out of the speakers and the truths it tells can bring you to your knees.

Coming up after is Cat Power with the haunting Cross Bones Style from 1998, a truly timeless release with a chequered back story involving a haunted farmhouse in South Carolina. The record truly embodies that ghostly spirit as Chan Marshall’s mesmerising vocals take you into the soft, gentle netherworld of your nightmares.

Cleaning the palate again next with the much-needed Sweetness and Light from Aussie producer Paul Mac under the very 90s moniker Itch-E & Scratch-E. Is it trance, is it techno or early jungle? Who cares, it’s brilliant.

Following on is Lucinda Williams’ gorgeous country sounds on Metal Firecracker, a tearjerker from her fabulous 1998 release Car Wheels on a Gravel Road. This immaculately written, produced and performed record needs to be heard in its entirety.

From the sublime to the….still sublime? With PM Dawn and their reworking of Spandau Ballet into the gorgeous Set Adrift on Memory Bliss. This 1992 track provides a window into an alternate hip-hop universe where rappers wrote thoughtful, caring love songs set to lush synth backdrops, a concept which seems absurd given the path the genre was about to take. As Prince Be says, “Reality used to be a friend of mine.”

We end our first 90s show with Aussie rock icons Powderfinger and their take on prog-rock with Capoicity, a multi-part suite with haunting vocals, a lush guitar solo and all wrapped up under six minutes.

We’ve only just begun with the 90s and there is so much more to cover – you’ll have to tune in again next time!