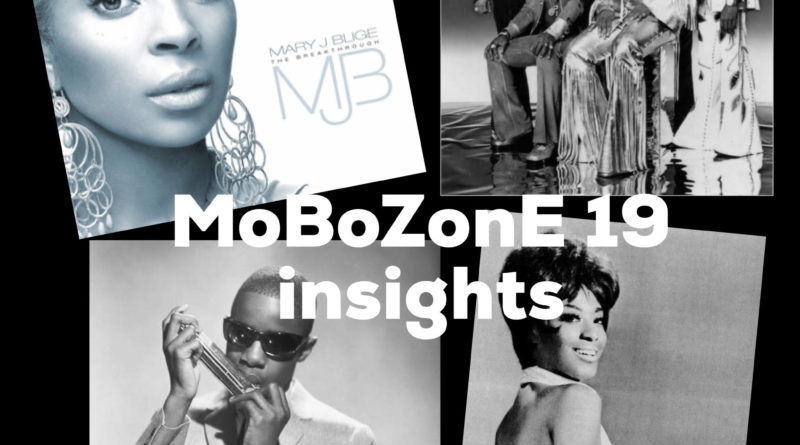 So here we are yet again diving deep into the world that is MoBo. A few interesting facts to accompany the playlist.

The opening track by Stevie Wonder was originally issued as by Eivets Rednow, not sure why?

Golden Brown from the Take Vibe EP on Jazz Room Records is a skilfully put together blend of the Stranglers Golden Brown and Dave Brubecks classic jazz hit Take Five.

The version of the Isleys Who’s That Lady included in this weeks show is from 1964 almost 10 years before the version they took into the charts. It has a very Impressions sound and an almost Latin touch.

The incredible track Why She Had To Go by Burning Desire is a personal favourite. If you have a copy on 7” in your loft you can expect it to reach over £600 !!

Pat Thomas is a Ghanaian vocalist and songwriter. He is widely known for his work in highlife bands of Ebo Taylor.
He started his musical career in the 1960s where he collaborated with Ebo Taylor. In 1974, he formed the band “Sweet Beans” and with them, he recorded his first album False lover. He recorded his second album “Pat Thomas Introduces Marijata” with the band Marijata.After the coup in Ghana in 1979, he relocated to Berlin and later settled in Canada. He is now touring worldwide with his Kwashibu Area Band. In June 2015 they released the album Pat Thomas and Kwashibu Area Band to mark 50 years of his musical career. Thomas is known as “The Golden Voice Of Africa”. This track Gyae Su can be found on the Strut double album Pat Thomas and Kwashibu Area Band.

The track by Hubert Eaves Call To Awareness has a haunting feel to it which immediately qualifies it as a MoBoZonE track. Hubert is a keyboard player and producer who has been part of Mtume and D Train massive 80s funksters.

The final word in this week’s MoBoZonE goes to the 60s/70s legend that is Emperor Rosko. Real name Mike Pasternak, the Emperor broadcast from radio Caroline in the sixties and was famous for his fast paced brash US style delivery reminiscent of Wolfman Jack. He joined BBC radio 1 for the launch in 1968 where he became a fixture into the 80s. Here he spreads his tough love message over Deodatos’ Also Sprach Zarathustra.

Prepare for more gems of a MoBo nature in next week’s journey into the Zone.

One thought on “MoBoZonE 19 Insights”