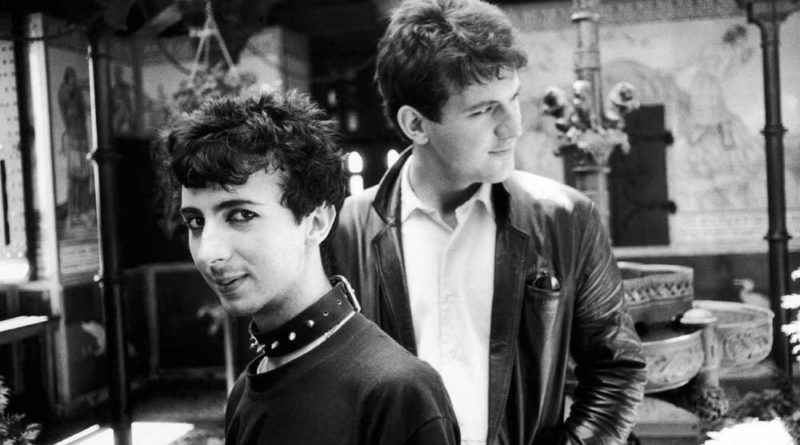 We have only started to touch the surface of the frankly ridiculous prolific period we cover in this show 1976-1981 of bands and their output. I will be giving a first airing in ‘England’s Dreaming’ to The Inmates, Cult Hero and a surprising introduction to Eurythmics from 1981 and prior to their career taking off into the stratosphere.You will be comforted by familiar gems from Iggy Pop, Siouxsie and the Banshees, The Clash and The Beat combined with some random 3 minute blasts of Magazine, Buzzcocks, Damned, The Slits, Joy Division and Talking Heads.The most confusing slot on U.K. Radio is the ‘Cover 2 Cover’ slot and this week features our punk heroes revisiting the 60s again with Frankie Laine and Dave Dee Dozy Beaky Mick and Tich covered in a way only punk can.The ‘Go 2 Extremes’ slot, where we feature two diverse sides of punk and new wave legends, has a spotlight on New York’s finest.The Punk National Anthem will lead you into hump day.

The Lyme Bay Radio rock show continues the exclusive, ongoing saga of the Top 1000 most successful rock and metal songs of all time this week counting down the numbers from #303-#273.This week you will hear some legendary rock epics from Whitesnake, Puddle of Mudd, Paramore, AC/DC, Linkin Park, Rush and many more as the countdown climbs ever upwards towards that definitive number one.
The Classic Rock Album of the Week is a newly released live album originally recorded in 1992.
I will be slotting in a couple of new tracks from Hatebreed and Blues Pills, and the ‘Onwards and Upwards’ slot features a great new band called Mason Hill.
Batten down the hatches and turn it up to 11…

This week we go back 39 years to the peak of the New Romantics as I will take you by the hand and welcome you back to December 1981.Theres a massive 80s party lined up for you with timeless classics around every corner. We have rockabilly back to back with post punk and rock back to back with Motown in this show and we feature regular 80s heavyweights Duran Duran, Ultravox, Madness, Soft Cell and The PoliceWe will be switching from Teardrop Explodes to George Benson; Japan to Kim Wilde; ABC to Gary Numan.
Come back to the 80s with me. You’re safe. And it’s all acceptable.

We are on the precipice of the festive hits, however we are holding those back until next week so enjoy the final week of relative normality before it becomes carnage as I take back through the last 60 years of No.1 singles from this week in Chart history.
Plenty of ballads to hug your nearest and dearest. The odd novelty will rear its ugly head so beware and be prepared.
I will play a track from two No.1 albums from this week in 1973 and 2018 and we close the show with those US No.1s that didn’t make it all the way to the top over here but realistically should have done from 1965, 1969 and 1991.