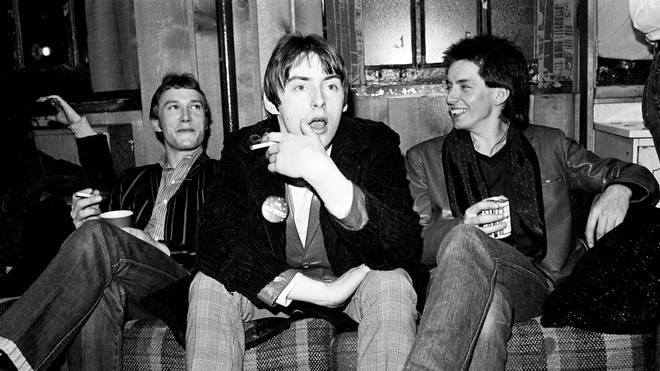 I will continue the chronological journey through the most influential, inspirational and important songs of the last 100 years spanning all genres.
In Part 6, I will highlight the diversity of styles beginning to shape the direction of music in 1956-1958.
I will be dipping into the sounds of Jerry Lee Lewis, Johnny Cash, Sam Cooke, Buddy Holly, Chuck Berry, Nat King Cole, Screamin Jay Hawkins and plenty more in 60 minutes of the history of music with your ultimate historical playlist.

I will be once again squeezing as many 3 minute heroes into these 2 hours as possible of the punk and new wave prolific era of 1976-1981.
I will be welcoming first time appearances in the show for Puncture, Zones, The Stoat, The Times, The Users, Television Personalities and Amy & the Angels.
There’s plenty of the big tracks from the era from Vibrators, The Jam, Generation X and Elvis Costello alongside those more hidden classics from Joy Division, The Cure, Damned, The Ruts and loads more.
The ‘Cover 2 Cover’ slot features a Curtis Mayfield classic and a Berlin Bowie gem covered by our heroes; and the ‘Go 2 Extremes’ slot features the biggest Anglo-American band of the era.

Get a drink, take a seat and get ready for another 3 hours of rock in the bar.
The Classic Rock Album of the Week is a dark Seattle grunge classic from 1992; and the Onwards and Upwards’ slot features a progressive power metal band from Sweden called Evergrey.
The ‘Cover Version of the Week’ is a classic Kinks track from the beginning of their career covered by some rock legends; the final hour of the show is devoted to this very week in a Vintage Rock Year – this week we go back to 1987; and we close the doors with ‘One for the Road’ as we send you on your way with another long classic rock song.
In between there is more room in the bar for new rock and metal alongside the classics including System of a Down, Alter Bridge, Pearl Jam, Slayer, Bring me the Horizon, Faith No More, Gojira, The Dead Deads and crate loads more.
Come and get smashed.

UnAcceptable in the 80s – Friday 19th

Prepare yourself.
No, seriously. This is gonna be a challenge.
To celebrate Comic Relief, I will be pushing the boundaries to the point of unacceptability this week as I will be counting down the Top 40 most successful novelty songs of the 80s.
I dare you to listen to the whole 3 hours…