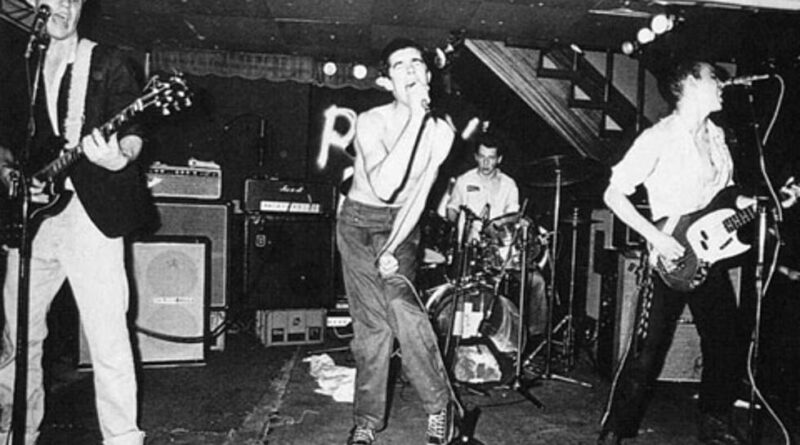 I will continue the chronological journey through the most influential, inspirational and important songs of the last 100 years spanning all genres.
In Part 7,  I will highlight the diversity of styles competing against the advancement of rock roll in 1958-1959.
I will be dipping into the sounds of Eddie Cochran, Ricky Nelson, Frank Sinatra, Everly Brothers, Peggy Lee, Ray Charles and plenty more in 60 minutes of the history of music with your ultimate historical playlist.

I will be once again squeezing as many 3 minute heroes into these 2 hours as possible of the punk and new wave prolific era of 1976-1981.
I will be welcoming first time appearances in the show for Radiators from Space, The Now, The Rowdies, Monochrome Set, The Dodgems, The Skodas, The Outsiders, Essential Logic and Daisy Chainsaw.
There’s plenty of the big tracks from the era from Vibrators, The Jam, Sham 69, The Stranglers and Squeeze alongside those more hidden classics from The Police, Blondie, Echo & the Bunnymen, Toyah and loads more.
The ‘Cover 2 Cover’ slot features two cult 60s classics covered by our heroes; and the ‘Go 2 Extremes’ slot features the most influential band of the American New Wave scene.

The doors are open and I will be ready to serve you up another 3 hours of rock to midnight. From this week I will also be including the up to date Top 10 Rock Album Chart from 9.30. The Classic Rock Album of the Week is the most influential heavy metal album of all time from 1969; and the Onwards and Upwards’ slot features a slick trio from the USA called Levara.
The ‘Cover Version of the Week’ is a George Michael (?!) gem; the final hour of the show is devoted to this very week in a Vintage Rock Year – this week we go back to 1995; and we close the doors with ‘One for the Road’ as we send you on your way with an iconic 80s beast.
In between there is more room in the bar for new rock and metal alongside the classics including Trivium, Architects, Audioslave, Motley Crue, Judas Priest, Velvet Revolver, EyeHateGod, Deep Purple and crate loads more.
Consume as much as you can.

A mixed bag of rock, hip hop, house, new jack swing, reggae and soul will soothe your ears this week and bring those late 80s memories flooding back.
I will switch from Bomb the Bass to Eddy Grant; INXS to Derek B; Iron Maiden to The Primitives, and Eddy Grant to Eric B & Rakim.
It’s more acceptable than you realise.

Enjoy the week of Springfest tunes and don’t forget to put the clocks forward!