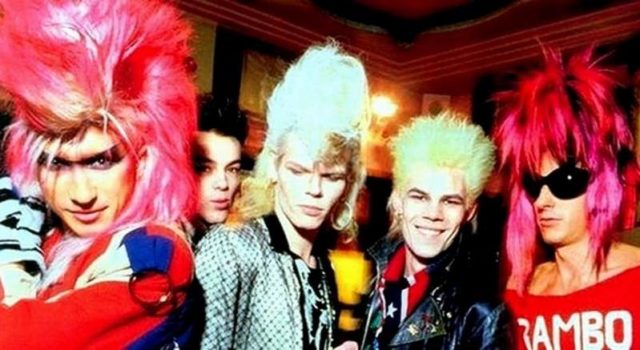 I will continue the chronological journey through the most influential, inspirational and important songs of the last 100 years spanning all genres.
In Part 9, we dig out some true gems that even Guy Kerr would be proud of as we cross the boundaries of genres in a time when new influences were being born almost weekly as we review those all important and influential songs of 1961-1963.
I will be aiming to increase your music collection with the sounds of Howlin Wolf, Patsy Cline, The Miracles, The Crystals, Ray Charles, John Lee Hooker and plenty more in 60 minutes of the history of music with your ultimate historical playlist.

I will once again attempt to break all radio records by cramming as many songs as possible into 2 hours for our weekly trip back to the height of the punk and new wave era of 1976-1981.
We welcome first time appearances from Art Attacks, The VIPs, The Pleasers, Really 3rds, The Carpettes, The Petticoats, Charge, English Subtitles and Young Marble Giants.
There’s plenty of the big tracks from the era from The Cure, Generation X, Squeeze, The Pretenders, Madness and The Undertones alongside those more hidden classics from The Jam, The Ramones, Damned, Chelsea and loads more.

The doors are open and I will be ready to serve you up another 3 hours of rock to midnight to get you absolutely rocked until you cant walk.I will be revealing the brand new Top 10 Rock Chart from 9.30; The Classic Rock Album of the Week is a rock beast from 2000; and the Onwards and Upwards’ slot features three sisters who have become an internet sensation, The Warning.
The ‘Cover Version of the Week’ is a surprising 70s classic covered by a late Grunge hero; the final hour of the show is devoted to this very week in a Vintage Rock Year – this week we go back to April 1989; and we close the doors with ‘One for the Road’ as we send you on your way with a 1971 classic.
In between there is more room in the bar for new rock and metal alongside the classics including Deftones, Puddle of Mudd, Aerosmith, Wolfmother, Slipknot, Faith No More, Smashing Pumpkins and crate loads more.
Come with me and let me get you intoxicated with some beautiful noise.

Acceptable in the 80s – Friday 9th

This week I will take you back to the strangest year of the decade for music as we head back 35 years to April 1986.
It was the year of reissues, re-releases and covers of old songs and we have a few of those led by the Levis Ad revolution; Comic Relief had launched; and as ever the genres were mixing reggae, rock, Europop, soul, Hip Hop….and Samantha Fox.I will switch from New Order to Simple Minds; Art of Noise to Prince; SOS Band to Sigue Sigue Sputnik, and Bryan Ferry to Stevie Wonder.
This week you will have no idea what is coming next!