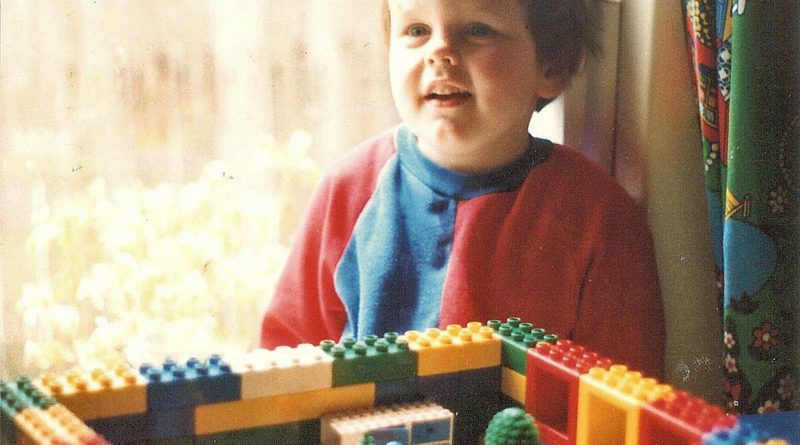 This blog refers to Hidden Gems #3, broadcast on 6th October 2020. Catch up on MixCloud: https://www.mixcloud.com/LymeBayRadio/playlists/hidden-gems-with-guy-kerr/

This episode of Hidden Gems focused on the 1980s, a decade of extreme contrasts within music.

On the one hand, computers, synths and sequencers made it easier than ever to create poppy, dancefloor-ready tracks in the studio without the fuss of having to hire actual musicians. This resulted in a flurry of drum-machine driven pop fronted by newly minted pop stars like Kylie Minogue, Rick Astley and Sabrina, a sound that has now crystallised in many listeners’ minds as signifying “the 80s”.

But this was just one aspect of what the decade had to offer. In direct opposition to the commercial hit factories were a series of localised scenes putting out some of the most radical, experimental and in-your-face music ever recorded. All these years later, we can now cherry pick the best from both ends of this spectrum, as well as plucking other tracks from across the musical map.

We begin with Prince and Sign o’ the Times, the decade’s dominant artist who set a ridiculous standard for profligacy and consistency across his many 80s masterpieces. This is one of his more socially conscious tracks, as he adopts a hip-hop cadence to deliver a state of the nation address that somehow still manages to be funky and spry, with his trademark guitar virtuosity thrown in for good measure.

Next up is Australia’s INXS, one of the 80s’ great success stories. This early hit, Don’t Change, demonstrates everything that would make them global superstars – anthemic chorus, pounding drums, and a synth line that blends effortlessly with the driving guitars to produce a pleasing pop-rock concoction.

This is followed by Bruce Hornsby & The Range with The Way It Is, just a classic 80s pop track that uses piano as the lead instrument. It’s socially conscious but in a subtle way (a different approach to many other artists featured in this episode!) and is endlessly relistenable. Not really a “hidden gem” but I love it anyway so in it goes!

Next up we have New Order, one of my all-time favourite bands who exemplify the phrase “greater than the sum of their parts”. Somehow this group of four taciturn working-class Mancunians who formed their first group (Joy Division) after a Sex Pistols gig, produced some of the most sublime and transcendent indie-pop/rock/dance music ever made. This track from 1986, All Day Long, is in their classic style, with gorgeous synths and Peter Hook’s instantly recognisable bass lead. It also demonstrates one of their most enjoyable quirks – a five minute track with two minutes of singing and three minutes of joyous jamming.

Next up is UK indie band XTC and their lovely confection Grass from the album Skylarking. Fun and light-hearted with interesting sound-collage production from master producer Todd Rundgren.

Now we move to the decade’s ascendant genre, hip-hop, with a couple of era-defining tracks. First up is Eric B & Rakim with their debut single Eric B is President. This ground-breaking six-minute masterpiece lay down a new standard for rap and inspired legions of crews to try and match its smooth yet booming sound. 35 years later and it still holds up, with Rakim sounding like he could just keep rhyming till the end of time. The game was never the same again. From the West Coast comes Too Short with Life Is… an early example of that bass-heavy yet impossibly funky California rap which would be further developed by the likes of DJ Quik and Snoop Doggy Dogg in the ensuing decade.

Next up are an 80s “college rock” staple who would later go on to be one of the biggest bands in the world in the 90s, R.E.M. This track Harborcoat from their second album Reckoning, 1984, has one of my all-time favourite guitar riffs and summarises everything that made this early period of theirs so thrilling – sprightly, jaunty guitars, Michael Stipe’s indecipherable lyrics, and an overall feeling of joyous abandonment. It’s a million miles from either punk or grunge yet somehow draws from one whilst influencing the other.

Following on are the Isley Brothers with Between the Sheets, a great example of 80s R&B that adds synths and drum machines to the pot, mixing with the gents’ gorgeous voices to produce a treat for the ears. This track would later go on to be sampled on several rap classics many years later, offering a link between musical eras for the discerning listener.

We’re back to the world of indie rock with The Sugarcubes, our first Icelandic participants on Hidden Gems. Their young singer Bjork would later become a global superstar and swan-dress-wearer, and here she’s all exuberant energy as her unmistakable voice blends with those chiming guitars and head-in-the-clouds vibe that distinctly belongs to this little pocket of alt-rock history.

From the clouds to deep down in the Earth with Dennis Brown and Aswad and Promised Land, one of the all-time great bass lines that drops like Emperor Haile Selassie’s sceptre from the throne. A brilliant example of 80s reggae using digital production to bring the noise, deeper and more unmistakable than ever.

We follow with The Clash, probably the biggest band in the world at the start of the decade. This is their take on disco/early hip-hop with Joe Strummer doing his best attempt at rapping, which impressively holds up when you consider he didn’t have many examples to go by at the time. The funky groove is spectacular and doesn’t wear out its welcome across the track’s running time.

This is followed by De La Soul, the original hip-hop hippies with Potholes in My Lawn, one of their early singles. Prince Paul’s production mixes with the three lads’ thoughtful rhymes to produce an instant classic. This is the original 12” version remastered in 2001 so it actually sounds decent, unlike the muddy CD mix that I was used to for years.

We change tack now with Nine Inch Nails, the product of 24 year-old savant Trent Reznor and his suburban angst. This is ground zero for goth synth (think Marilyn Manson and Rob Zombie), grunge (turning rage into pop gold) and the more broadly defined genre of “angry white boy music” (spoken with affection – think Korn, Linkin Park and all those other bands carved in school desks from this point onwards). Listening back, this track is so much fun, Trent’s passionate rage transformed into an anthemic chorus with driving synths and drums that make you want to slam your bedroom door and refuse to take out the rubbish as an act of protest.

Following on is the original dark poet of the US, Tom Waits, with his spooky 78-second long spoken word piece Trouble’s Braids. This track conjures an atmosphere immediately and displays all his usual mastery of language.

Next up is Public Enemy with Night of the Living Baseheads from their acclaimed 1988 album It Takes A Nation of Millions to Hold Us Back. The relentless production from the Bomb Squad is matched by Chuck D’s incisive rhymes and an incredible ability to create impact in a short time-frame. One of the most influential records ever made.

Up next is Pixies, another band who, like Nine Inch Nails, laid out the template for grunge which would be adopted by many a raggedy, long-haired group of growlers in the ensuing decade. This time around it’s the instrumentation and generally uneasy vibe, pushing rock away from any mainstream concerns (like choruses or catharsis) towards something much stranger and more ambiguous. What are you meant to do whilst listening to this? You can’t head bang or sing along, really, just listen and let your imagination take you where it will.

From the ponderously ambiguous to the unmistakably funky with Stetasonic and their wonderful Talkin’ All That Jazz  from 1988, produced by the master tunesmith Prince Paul. This was so much fun to rediscover, a real revelation, and a window into a time when hip-hop could have been, and was, anything… but most importantly, self-evidently a valid and timely form of expression for those whose voices were so often ignored.

We next come through with a trio of wonderful pop songs from across the decade, beginning with Dionne Warwick’s undeniable Heartbreaker, written by the Bee Gees still riding high from the success of Saturday Night Fever. They later released a version themselves, but Dionne takes it to the heavens better than even they could manage. This is followed by the fabulously funky George Benson and Give Me the Night, one of the most timeless dance tunes ever written. Lastly is rock’s original super-group the Travelling Wilburys with End of the Line, surely a candidate for “Most Baby Boomer song ever” with its mixture of hopeful yet vague lyrics, and its star-studded line-up of 60s icons now enjoying their golden years, and proving they could write and perform as well as any of those new fangled rock stars.

We finish with an extended calming out-breath, thanks to Talk Talk and their meditative, gorgeous Wealth from Spirit of Eden, one of the decade’s most boldly original records. Mark Hollis’ ghostly vocals and spare instrumentation bring Hidden Gems to a close with a paradox, as this sounds like nobody else, and yet is a million miles away from the New Romantic pop contenders of It’s My Life.

Music’s most fascinating decade never fails to deliver the goods, and there’ll be plenty more to come next time around.