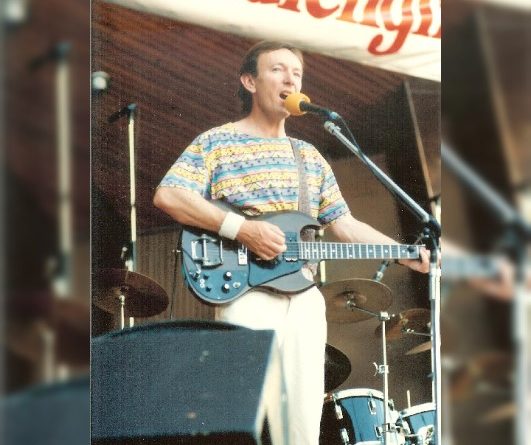 This week’s show was a lot of fun to put together. The 80s is such a fascinating decade and the songs from it often sound nothing like each other, such were the extremes going on across the various scenes and countries contributing to the overall musical landscape.

Tonight’s show kicks off with a sombre but mesmerising number from Joy Division, the dark heart of post-punk. Heart and Soul from their legendary finale Closer thumps along like the embodiment of the concept of “Death Disco”. Ian Curtis’ vocals are haunting and sound eerily distant and detached, whilst the incredible rhythm section lay down sounds that had never been heard before. This kind of purity can’t easily be imitated, and it still rings true with frightening clarity all these years on.

Next up we head to old-school hip-hop with Boogie Down Productions’ My Philosophy, as a fresh-faced KRS-One shows he was amazing right from the beginning. This 1988 track and its accompanying album By All Means Necessary were released in the wake of the tragic death the year before of KRS’ band-mate Scott La Roc, ushering in this new reflective, anti-violence emphasis in his music. Despite the pain, you can still hear the youthful joy in his voice as he signs off, “Fresh for ’88…you suckers!”

Staying with the old-skool, next up is EPMD with Strictly Business, surely a candidate for all-time “nailed it on album one, side one, track one” efforts. This beat is so unbelievably rolling and funky, and the two MCs trade rhymes so feather-light and quotable that it feels like the crystallisation of a style right at its outset. Rap moved on but it was arguably never bettered.

Returning to Manchester’s finest in their incarnation as New Order with Lonesome Tonight, an incredible b-side that shows off just how much incredible material they were pumping out during their 80s peak. All their classic hallmarks are here – epic bassline, dreamy guitars, Bernard’s charmingly goofy lyrics, an extended instrumental jam section, and a song title seemingly plucked at random.

Next up is reggae legend Peter Tosh with Wanted Dread and Alive, a song so righteous you can practically smell the ganga wafting from the speakers.

Following this is our first all-out heavy metal track on Hidden Gems, Metallica’s Battery. This has one of the all-time great intros, as the ominous acoustic guitar is augmented by epically reverbed drums, like the end of the world is coming. Then the thrash arrives and you’re in metal heaven. Just like EPMD, these guys perfected a whole vibe and sound whilst still in their youth, moving on to more grandiose achievements but never topping this early peak.

A change of gears next with the lush Human from the similarly named Human League. As a 90s kid, much of the New Romantic scene baffles me (puffy shirts, lots of make up on blokes and nothing but synths?), but this is a keeper, a gorgeously warm ballad drawn from the pillow-soft heart of the scene.

Staying in synth mode with another classic b-side from one of the decade’s defining groups, Pet Shop Boys, with the magnificent Do I Have To? If it wasn’t immediately obvious, this graceful ballad that they included on their chart-topping Always on My Mind single shows they weren’t a flighty flash in the pan, but an all-time great song-writing duo.

Next up is the intriguing Jane’s Addiction, a group who almost fell between the cracks amidst the 80s genre turf wars. Too weird and experimental to hang with the “Bill & Ted metal” crowd, too loud and boisterous for the precious cardigan-wearing indie scene. And too sprightly to be proto-grunge, despite Perry Farrell’s self-aware “cash in now honey”. A true original whose influence resonated with other genre-defying types the world over.

To close our first hour we have a couple of choice electronic selections, 808 State’s Pacific and A Guy Called Gerald’s Voodoo Ray. While the technology sounds a little primitive to our 2020 ears, the craft, soul and artistry behind these two dancefloor favourites is undeniable. A whole scene and lifestyle of a generation begins in earnest across these few short minutes.

Heading back to indie rock now with the Stone Roses’ Elephant Stone, a wondrous creation that is light as a feather, full of youthful hopefulness that now conveys a sense of melancholy from the intervening years. Kids from Manchester weren’t meant to sound this carefree, but there they are, merrily skipping around as the rhythm section rocks harder than any of their contemporaries. They only managed to stay on top of their artistry for a brief couple of years, but during the late 80s these four lads truly captured lightning in a bottle.

Next up is indie rock of a decidedly more downcast shade, with the Scottish Reid twins of The Jesus and Mary Chain with their singular My Little Underground. This magical creation somehow combines melodicism drawn from the Phil Spector back catalogue with the efficiency of punk and the sonic palette of Lou Reed’s most out-there imagination, garnished with morose, monotone vocals that even Mark E Smith and a young Michael Stipe would call “a bit mumbly”. It totally shouldn’t work. It totally does.

Back to hip-hop next with the all-time classic White Lines – the genre’s social and political consciousness begins here, all set to an undeniable dance beat.

Following on is the adorable Camper Van Beethoven with Take the Skinheads Bowling, emblematic of the 80s college rock scene – sarcastic, self-aware, silly, and tailor made for unkempt stoners in dorm rooms. As an artefact of its time it’s fascinating, and still brings a smile all these years later.

Beginning our wind down, we turn to the decade’s most fascinating mainstream artist Bruce Springsteen and his glorious Valentine’s Day, the closing track from his heart-breaking classic Tunnel of Love. Written in the wake of his divorce, these songs are honest and raw, as the world’s biggest rock star looked inward and tried to make sense of things. This song offers some hope for the future as it drifts off into the winter snow on a long drive through the American heartland.

Next up is the incredible Amazones de Guinee, the all-female musical arm of the Guinean Army – kind of like a much funkier Scottish Military Tattoo. This live track Samba is so much fun, gorgeous African guitars melding with vocal harmonies and danceable rhythms, and their crowd seem to be loving it as much as the band themselves.

Continuing the African theme is Bill Loko’s Africa Wake Up, a new discovery for me that is charming, funky and danceable in equal measure. To borrow my fellow presenter Cleo’s parlance, this number is “groove o’clock” for this week’s show!

Heading to Brazil next with Val “Xalino” Silva and Danca Danca T’Manche, undeniable rhythms from a country legendary for its musical performers. I don’t know much about him, but I know this is great.

Heading Down Under next with one of my homeland’s greatest musical exports The Go-Betweens and their superb Quiet Heart, a Grant McLennan classic that just gets better with age. Some of their tracks can be more cerebral, whereas this one goes straight for the heart-strings and is all the better for it. A legendary band firing on all cylinders.

Hopping “across the ditch” as we say in the Antipodes with Dunedin, NZ’s The Chills and their haunting Pink Frost. A million miles from the happy go lucky antics of their indie rock contemporaries, this seems to tell the story of a drug adventure gone wrong, detailing the harrowing internal monologue of someone watching a friend slip away. This narrative is paired with gorgeous guitars and one of my favourite “fake out” intros, as the opening riff gives way to another, equally beautiful riff in its place.

We conclude this week’s show with Leonard Cohen’s majestic Tower of Song from his phenomenal, career-encompassing I’m Your Man album. This song says it all in such minimal style that it’s a true thing of beauty – using a backbeat that sounds like a synthesiser’s metronome preset, and perfectly employed backing vocals, he conjures up a fantasy land of all the world’s great singers, arranged in an endless tower in the sky but still subject to the laws of humanity. A beatific vision with which to conclude our latest fascinating trip to this wide-ranging musical decade.