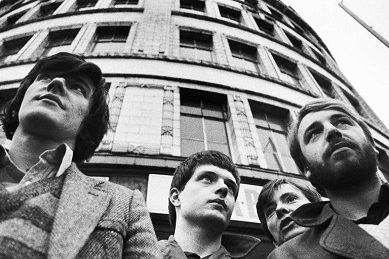 Our long story of the most influential, inspirational and important songs of the last 100 years continues…
The musical landscape was shifting fast and in Part 12 this week, I review those all important and inspirational songs that made up 1965.
Join me on this chronological journey for the delights of Bob Dylan, Otis Redding, Simon & Garfunkel, The Who, The Miracles and of course both The Beatles and The Stones in addition to plenty more in 60 minutes of the history of music with your ultimate historical playlist.

Arguably one of the biggest turning points in the progression of popular music was set in the period we find ourselves in every Tuesday evening as we blast out another 2 hours from 1976-1981.
There are always virgin bands in the show and this week we have first time appearances from Public Zone, The Stiffs, Zounds, The Expelled, Nicky and the Dots, Modern Eon and Girls at our best.
Familiarity never breeds contempt in this show, so I will throw in some big tunes from Ian Dury, The Police, The Undertones, The Chords, The Clash and Cockney Rejects alongside those more hidden classics from The Motors, The Rezillos, Joy Division, Hazel O’Connor, Salford Jets, The Only Ones and loads more.
Everybody loves a good cover version, so you’ve come to the wrong place in our infamous ‘Cover 2 Cover’ slot which this week features by exception some half decent covers from The Modettes and Patti Smith.
‘Go 2 Extremes’ features two tracks which couldn’t be further from each other from the most pioneering electro legend of the era.

Get yourself down to the hottest venue on Wednesday nights for me to serve up another 3 hours of the best in new and classic rock and metal.I will be revealing the brand new Top 10 Rock Chart from 9.30 which this week is probably the most diverse rock chart you can imagine; The Classic Rock Album of the Week is a prog rock classic and real turning point for its creators from 1976; and the Onwards and Upwards’ slot features a Californian metal band everybody should know called Of Mice and Men.
The ‘Cover Version of the Week’ is from a Lyme Bay Radio favourite; the final hour of the show is devoted to this very week in a Vintage Rock Year – and we go back to April 1980; and we close the doors with ‘One for the Road’ as we send you on your way with an epic Seattle track from 1996.
As ever there is a serving up of new tracks from Light the Torch, Charlie Benante, Holding Absence, Rise Against, While She Sleeps, The Offspring, Royal Blood, Gin Annie, Greta Van Fleet and Cannibal Corpse as well as blowing the cobwebs off the vintage from the cellar from Audioslave, Alice in Chains, Kiss, Black Sabbath, Alter Bridge and barrel loads more.
Your name’s not down, you’re not coming in.

This week I will do my best to prove your preconceived ideas about the late 80s wrong as I will take you back 34 years to April 1987.
Many genres rub shoulders this week; rock, indie, funk, hip hop, easy listening, pop and a couple of footballers.
I have got Jesus and Mary Chain next to The Pogues; Cameo next to U2; The Smiths next to Sly and Robbie, and Spear of Destiny next to Herb Alpert.
Accept the cheese and accept the quality.  It is all acceptable.

Guess the years; enjoy the chart toppers; wow at the random quality next to disbelief of how on earth some of them made it to the top.  All of which were at the top this very week in May during the last 60 years.
I will play a track from two No.1 albums that were at the top from this week in 2000 and 2018; and we close the show with those US No.1s from this week in the last 60 years that didn’t make it all the way to the top over here from 1966, 1976 and 1991.

Nobody likes a No.2.
Have some May musical fun with me.
Matt